Have You Gotten Too Comfortable? 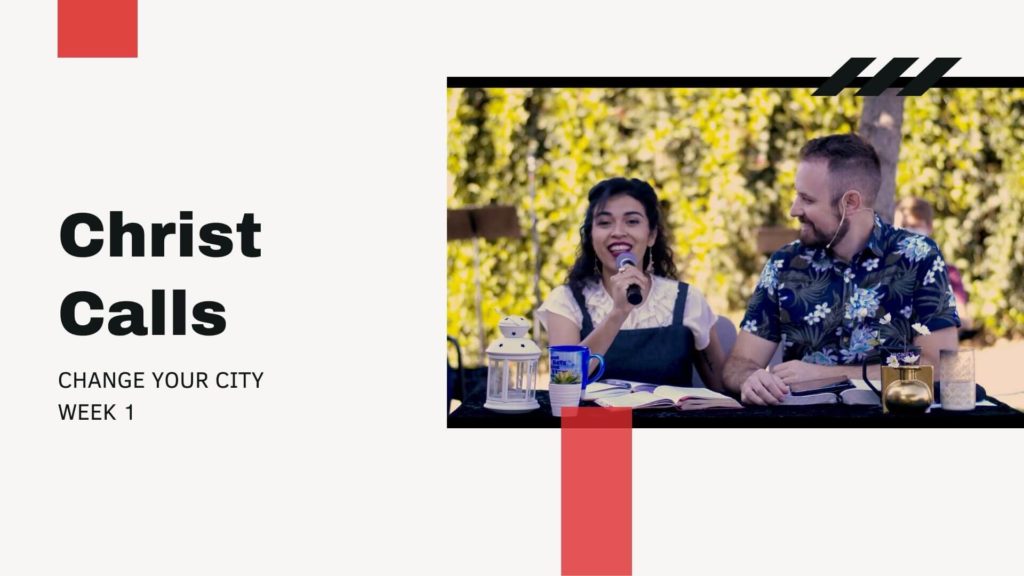 Change Your City
Have You Gotten Too Comfortable?

Have you gotten too comfortable with being comfortable? Have you ever been so comfortable on the couch and the remote was too far away? Where you allowed the next episode or show to start playing? Like your comfort allowed the world chose what you would take in? This is the issue with most believers…. Their comfort has become more important than their calling.

This is the first message in our sermon series “Change Your City” – Christ Calls. This sermon series is focused around the city of Capernaum in the Bible. The city that Jesus ministered in. And it’s interesting to note that Capernaum means “village of comfort”.

This sermon series is all about changing your city.

Our city is different even if it has the same name. Our individual cities are the places/people we interact with all the time. Where our unique talents, gifts, and passions are known and live. But one thing we all need to understand before you start trying to change your city –

Is that the only way your city can be changed is BY Jesus THROUGH you.

Its starts with His calling of you.

18 Now as Jesus was walking by the Sea of Galilee, He saw two brothers, Simon who was called Peter, and Andrew his brother, casting a net into the sea; for they were fishermen. 19 And He *said to them, “Follow Me, and I will make you fishers of men.” 20 Immediately they left their nets and followed Him.

We follow him: He makes us (He equips us)

You do not make yourself. You do not become who Jesus calls you to be without Jesus…

1 Thessalonians 2:13 – Therefore, we never stop thanking God that when you received his message from us, you didn’t think of our words as mere human ideas. You accepted what we said as the very word of God—which, of course, it is. And this word continues to work in you who believe.

What are you believing God to work on in your life as you follow and believe in Him? Have you been trying to fix or solve it yourself? How do you allow and believe Jesus will work on you?

We can’t change our city unless we understand Jesus has called us to; and in that calling He equips us and works on us.

Matt. 11:23-24 – 23 And you, Capernaum, will not be exalted to heaven, will you? You will descend to Hades; for if the miracles had occurred in Sodom which occurred in you, it would have remained to this day. 24 Nevertheless I say to you that it will be more tolerable for the land of Sodom in the day of judgment, than for you.”

Jesus rejected and rebuked Capernaum because they witnessed and saw all the miracles but didn’t follow Him – their faith was nothing more than routines, rituals and rules.

Group 1 – the people that followed Jesus we know what happened. That’s how we got the New Testament,

Jesus leads you out of comfort and into calling.

Have you ever noticed that when leaving comfort and entering calling… sometimes things go wrong, get hard, or act like a storm in our lives?

It happens today and it also happened back then.

Mark 4:35-41 – 35 That day when evening came, he said to his disciples, “Let us go over to the other side.” 36 Leaving the crowd behind, they took him along, just as he was, in the boat. There were also other boats with him. 37 A furious squall came up, and the waves broke over the boat, so that it was nearly swamped. 38 Jesus was in the stern, sleeping on a cushion. The disciples woke him and said to him, “Teacher, don’t you care if we drown?”

39 He got up, rebuked the wind and said to the waves, “Quiet! Be still!” Then the wind died down and it was completely calm.

40 He said to his disciples, “Why are you so afraid? Do you still have no faith?”

Some of you will chose to follow Jesus this sermon series.

You will step out of comfort and into your calling – you will go after this season to reach your city.

You will leave your comfort and face a storm… which may cause you to panic.

All you need to remember is remain steady on your faith… re-listen to the Faith Check sermon series and set Jesus as your foundation.

In leaving your place of comfort a storm might happen.

Do you have the faith needed to keep moving forward?

NEXT STEPS: Begin praying and fasting that the Holy Spirit would reveal how to change YOUR city.

Tags: be a light, be a lighthouse, Capernaum, change your city, Christ Calls, church online, comfort, do life together, fishers of men, follow me, foundation on Jesus the rock, from comfort to calling, guide the way home, I will make you, Jesus calls, Jesus transforms, live worship, Matthew 4:18-20, next steps, online church, Pastor Matt Russell, powered by the Holy spirit, praise, sermons online, step into your calling, step out, too comfortable, you are appointed to your city